It all started in 1925 when Vincenzo and Clorinda de Conti arrived from Italy with their 5 children on their arms. 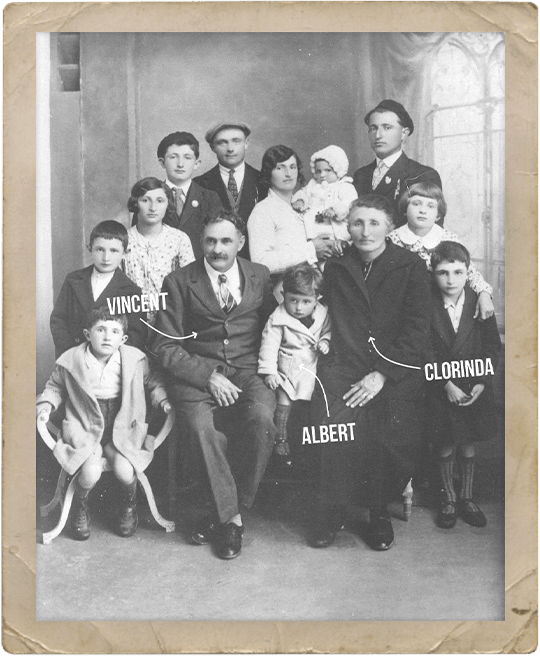 Arrived in the South West of France

They settled as peasants and worked some land purchased in the commune of Ribagnac. 7 children later (if you count correctly, that makes 12 in total!), colonization begins!

The youngest, Albert, first opted for the association with one of his older brothers, Primo. A few years later, in 1963, he moved with his wife Odette to the charming little village of Saint-Julien d'Eymet. He planted a few hectares of vines there, also cultivated cereals and raised a few cows. They have two children, Annie and Francis, (reasonable when you know the history of the family) and prosper quietly until their retirement. Francis took over and operated the vines in a cooperative cellar until 1990. It was there that he joined his cousin, Luc, and became a partner at Château Tour des Gendres.

Guillaume, the son of Francis, arrived at Château Tour des Gendres in 2011. His brother Paul joined him in 2013, and Yann Lecoindre arrived in 2017 as cellar master.

After 5 years of working together in the vineyard, in the cellar and in the cellar, Guillaume, Yann and Paul are now certain that the trio works in perfect symbiosis.

They are all three determined to live a new adventure and bring life back to the village.

It's decided, they are going to create the Albert de Conti estate, where the oldest vines were planted by Albert, the grand- father of Guillaume and Paul, in 1966. 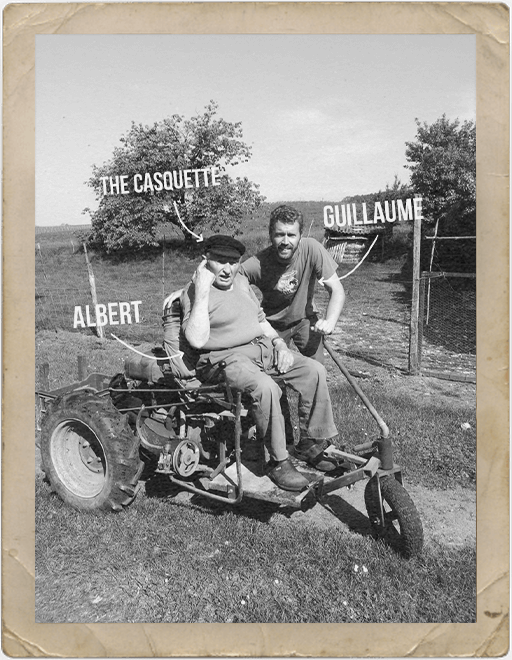 They have a large number of projects in mind to move forward. 30 hectares in organic farming already in production, with the ambition of moving towards certain principles of biodynamics and agroforestry.

A range of wines consistent with the traditions of the Bergerac appellation, both in terms of the grape varieties used and the style of wine.
« Cuvée des Conti », flagship cuvée for 30 years, « Conti-ne Périgourdine », the beautiful Muscadelle, and the cuvée
« Chez Paul » pure Cabernet-Sauvignon, already offers us three serious and renowned wines. The mid-ranges are already considered and are waiting for the next harvest to come out of the shadows.

« La Vigne d'Albert » and « Pétillant Naturel » are part of our heritage. Two sulphur-free and quirky wines which, in just a few years, have found their audience. All stocks are managed in allocations and the wines are out of stock a few weeks after bottling... Attention wine lovers!

But the desire to look elsewhere for exotic flavors won over the trio. Two new grape varieties, completely new in the appellation, will be planted in the spring of 2022: work in progress and surprises to come!

The Albert de Conti estate wants to be where it is expected: a beautiful estate offering great red wines and whites of the appellation Bergerac.

But also where it is not expected at all: wines bearing the Protected Geographical Indication "Périgord", which allow him to highlight his region, but freeing himself from any obligation as to the grape variety.